The Nottinghamshire Dormouse Group was formed in 2014, following the reintroduction of dormice to Treswell Wood the previous year. Initially, the group contained ten founder members, all of whom assisted with the reintroduction, and some continue to be dedicated members of the group.

Our little family has grown considerably since then, and we now have over forty paid members as well as a large number of followers on both Twitter and Facebook.

The aim of the group is to conserve the dormouse populations in Nottinghamshire, through regular monitoring sessions, woodland management and public engagement. Membership is £5 per year and entitles you to attend the monthly monitoring sessions. For further information contact the Membership Officer.

During the dormouse active season (April to October) members of the Nottinghamshire Dormouse Group undertake monthly monitoring sessions in each of the three woodlands as part of the National Dormouse Monitoring Programme (NDMP). During the sessions, all of the nest-boxes are checked, and any dormice found within the boxes are recorded. Biometric data including gender, breeding condition, age and weight are recorded. The information is then uploaded to the National Dormouse Database (NDD) collated by the People’s Trust for Endangered Species (PTES) and used to inform dormouse conservation. 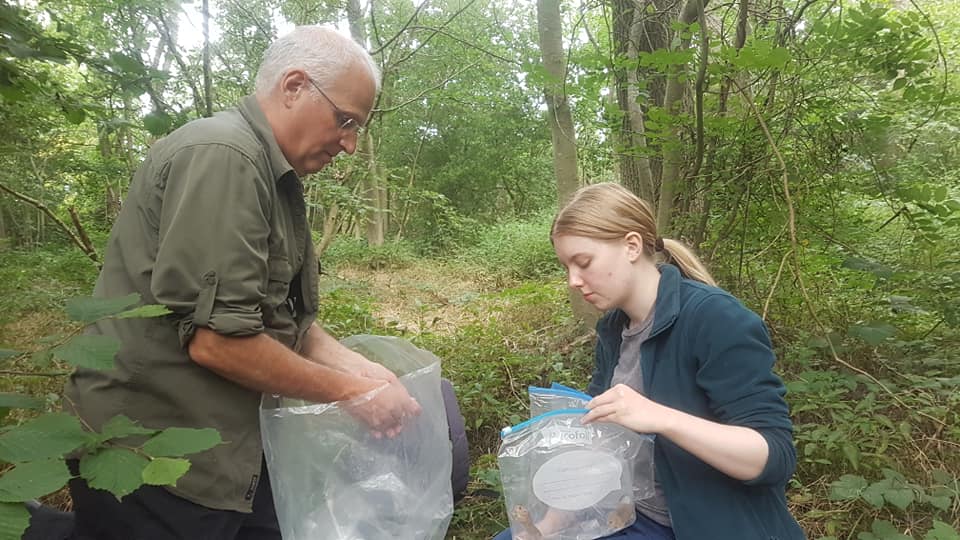 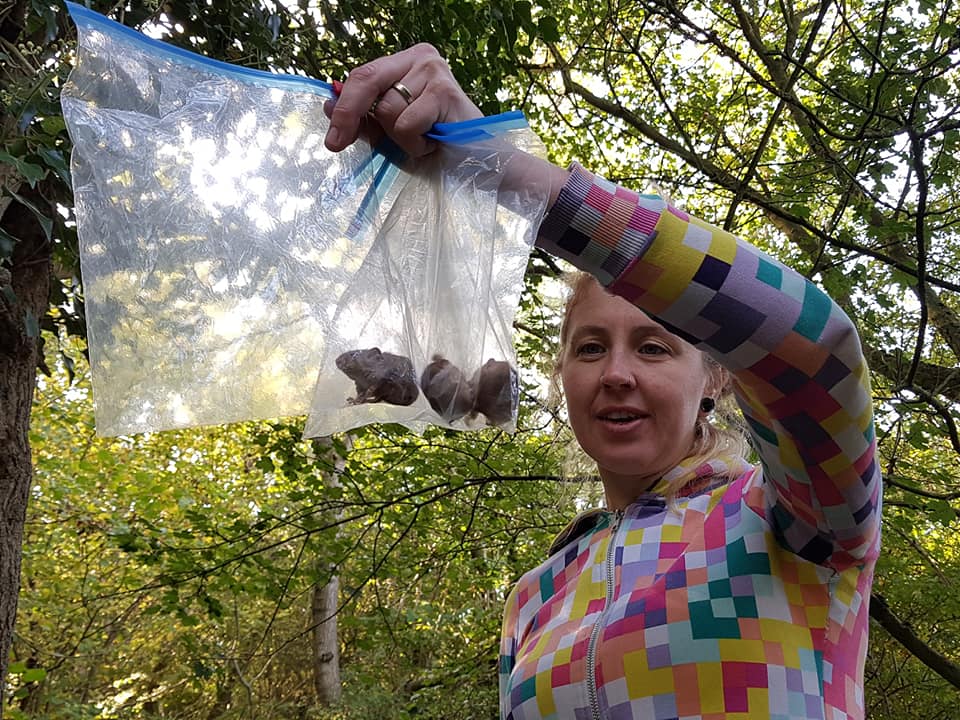 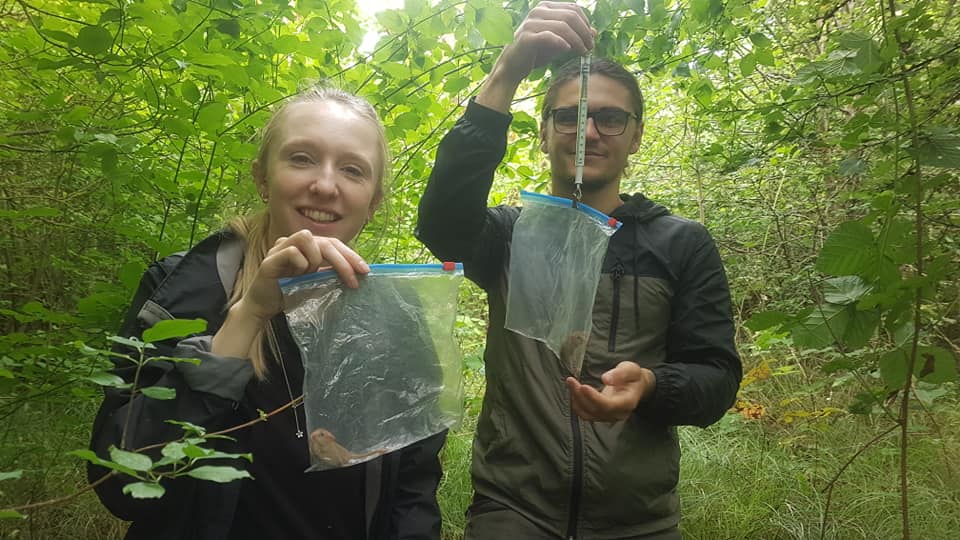 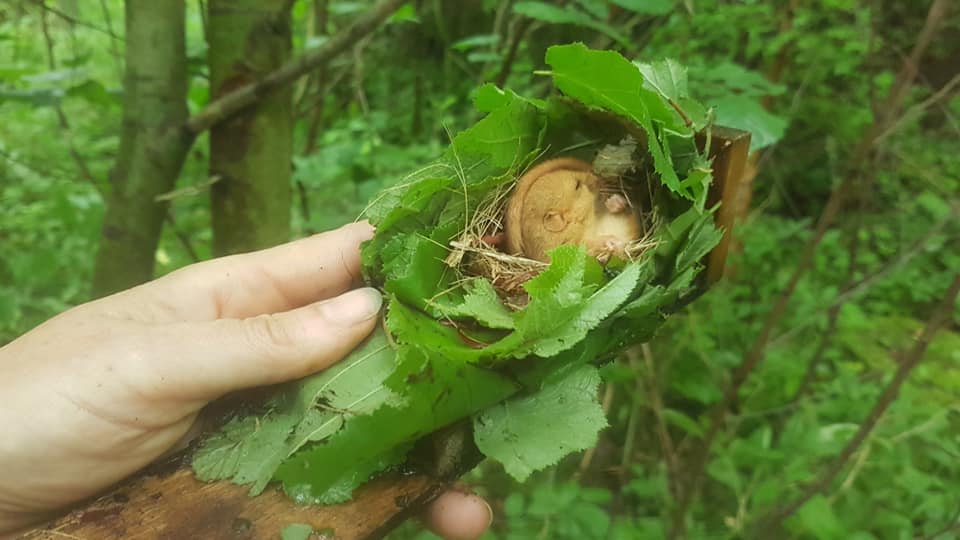 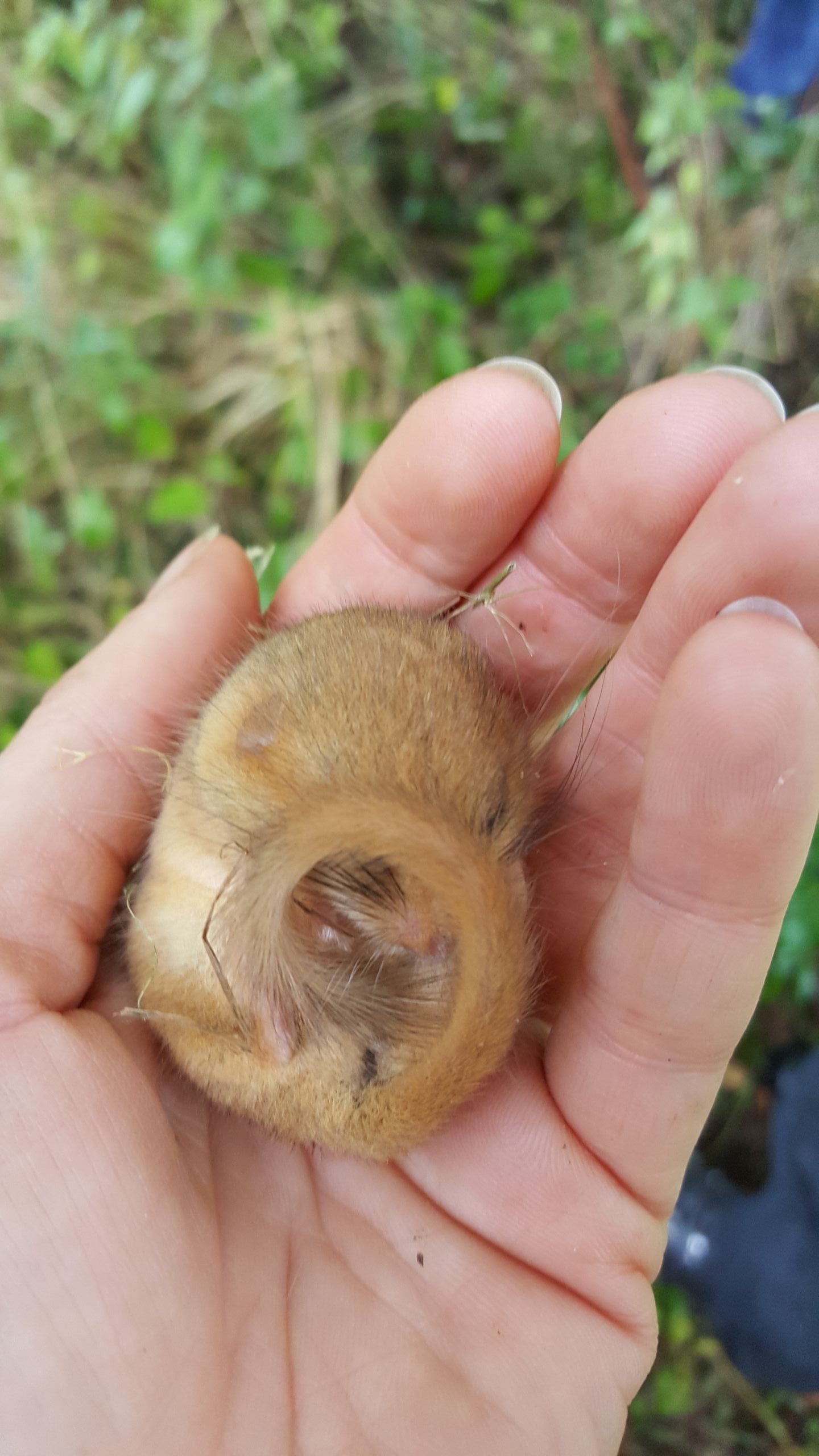 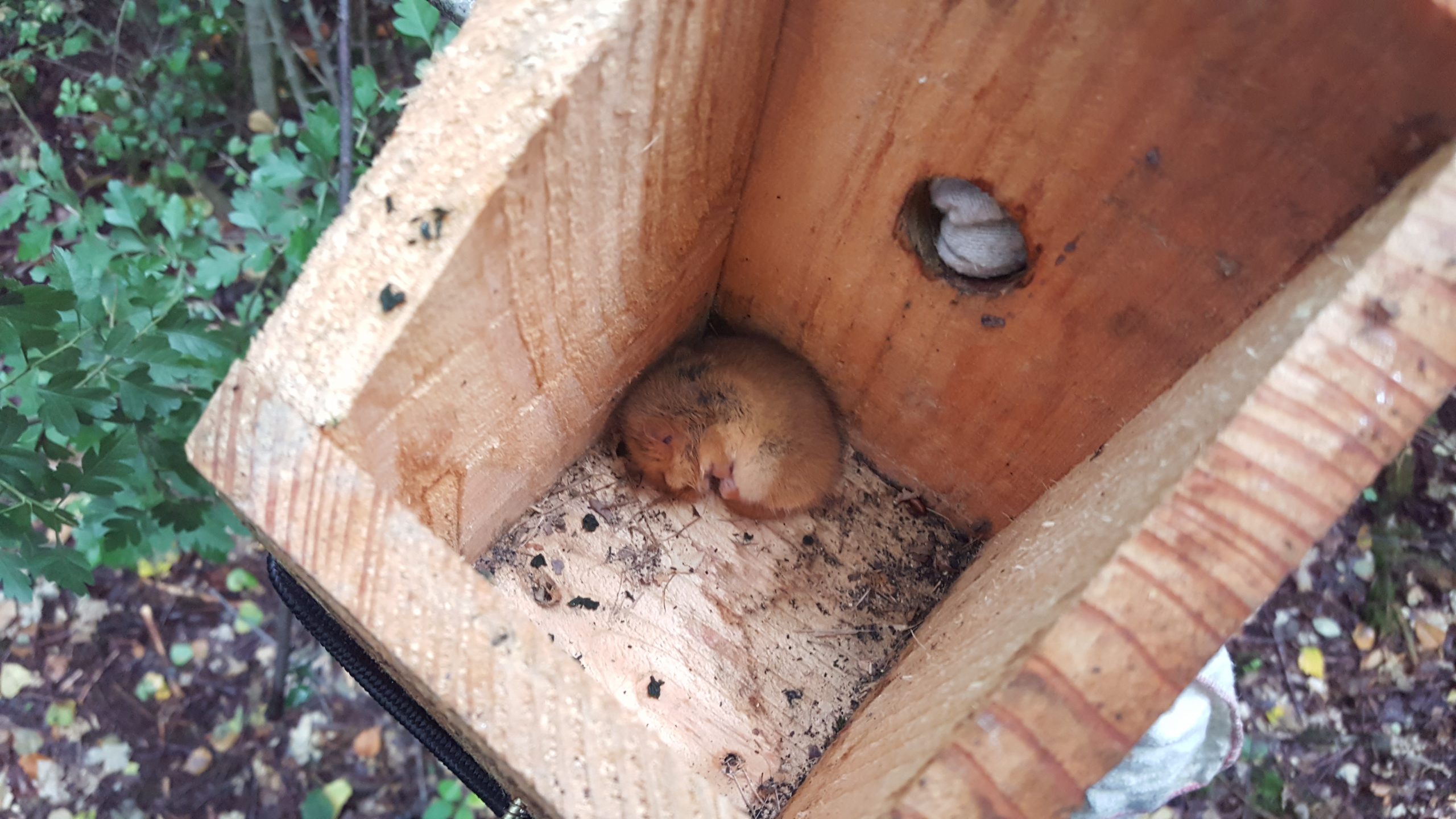 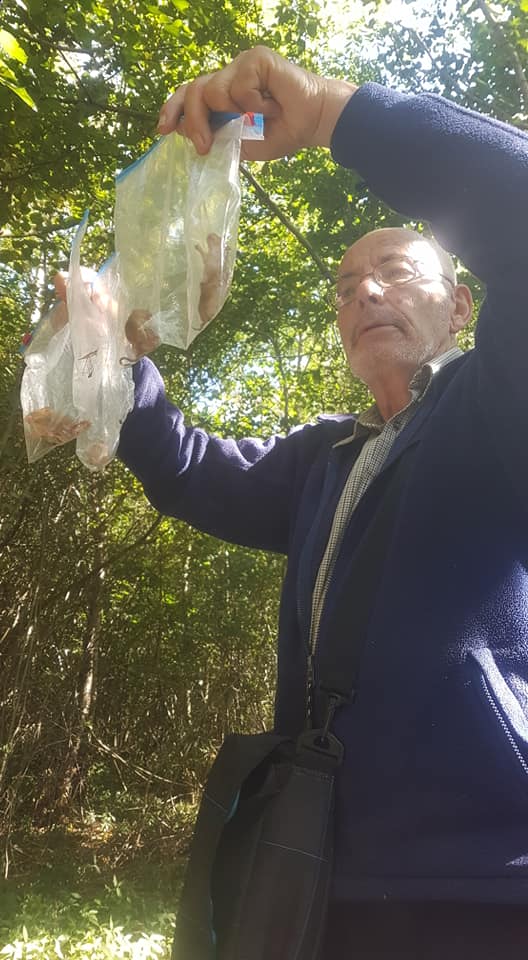 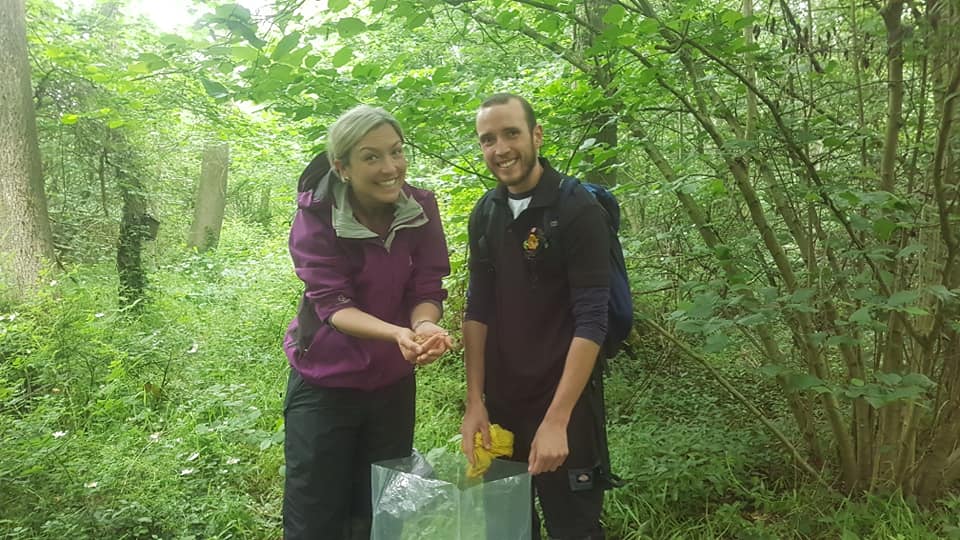 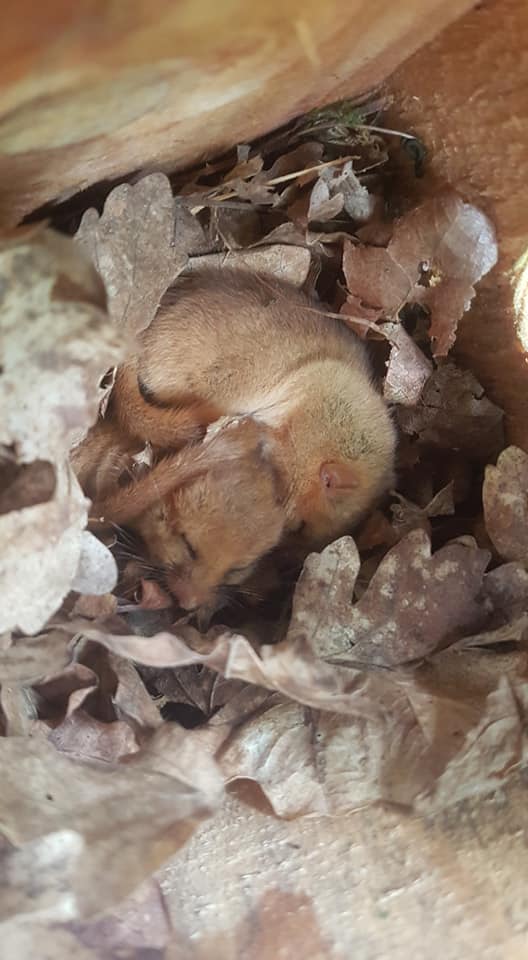 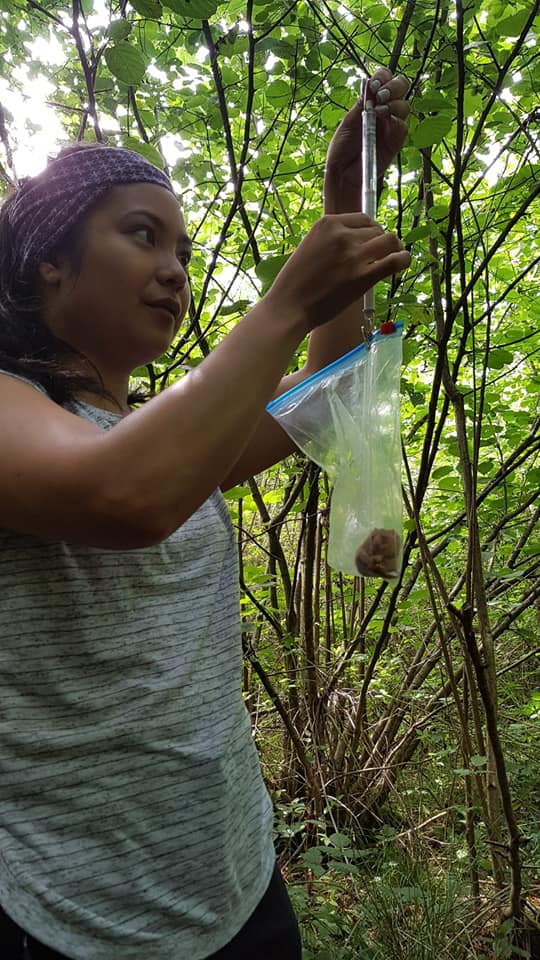 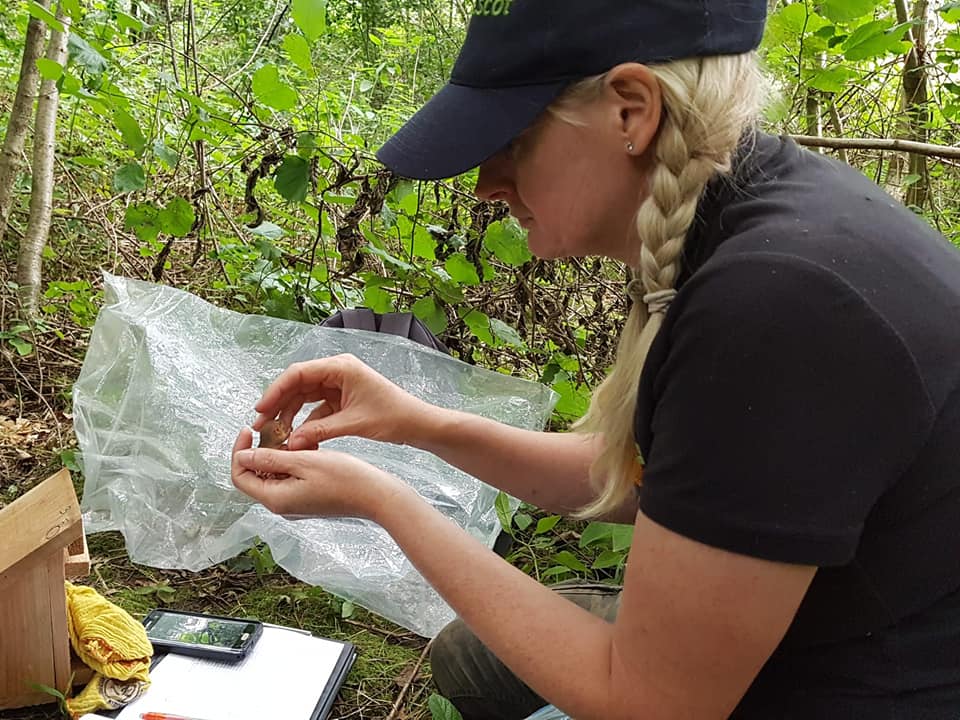 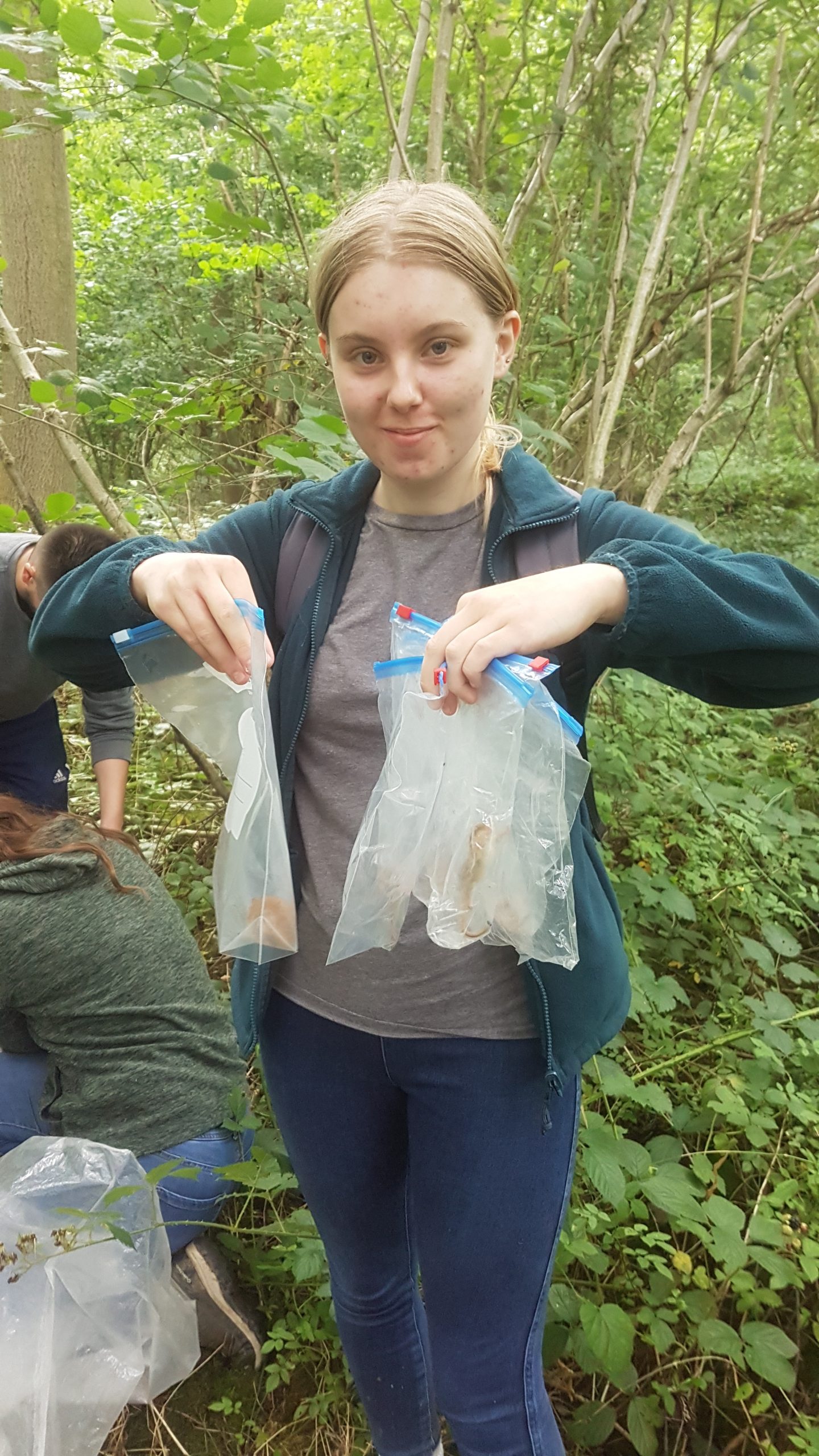 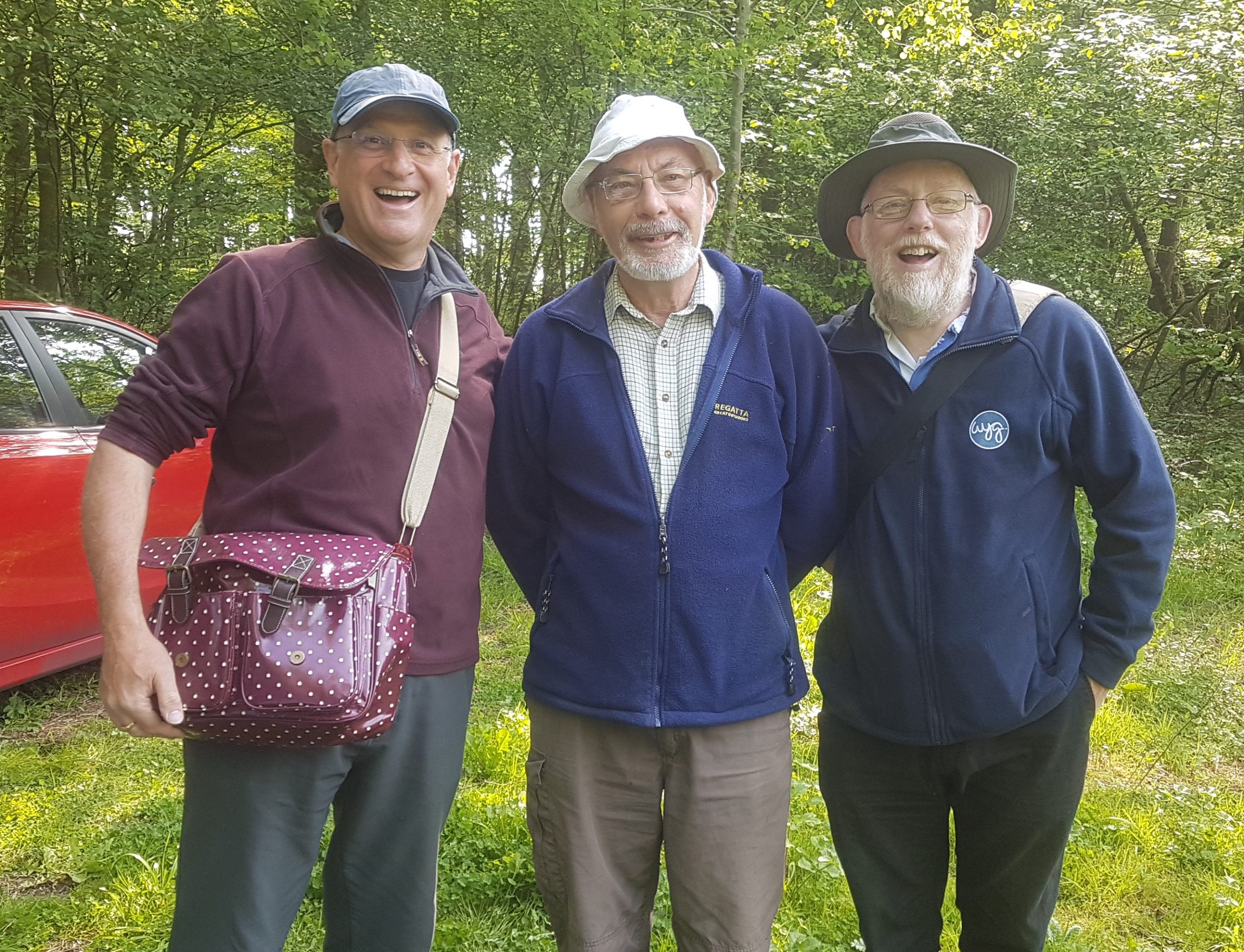 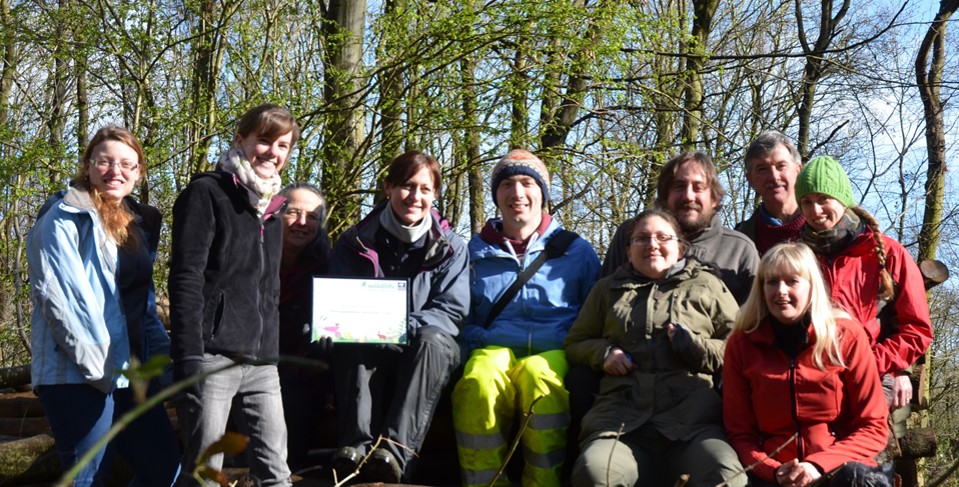 During the winter months, when the dormice are hibernating, the group undertaking woodland management and maintenance works. We meet once a month in one of the three woodlands to undertake tasks such as coppicing, hedge-laying, tree planting and nest-box maintenance. 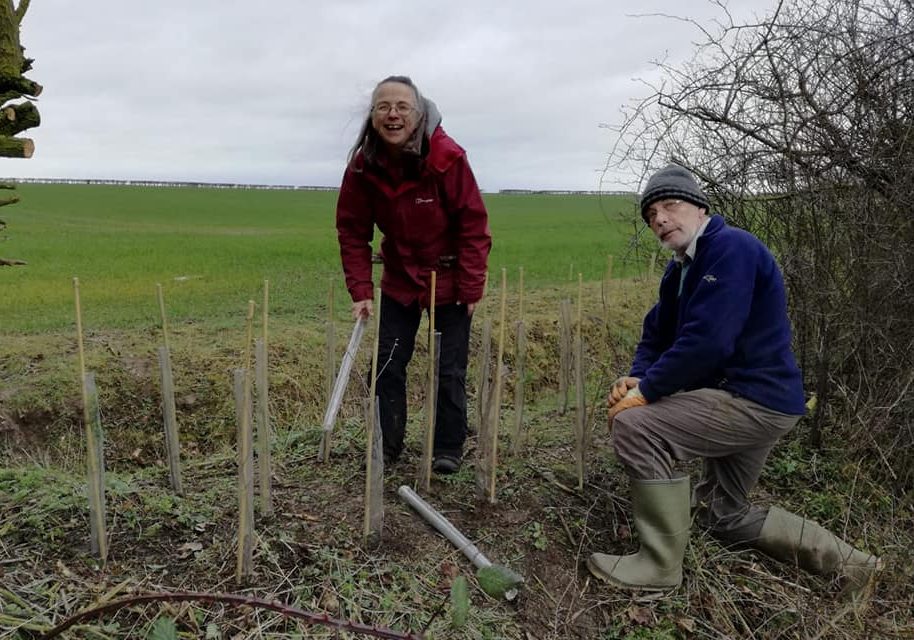 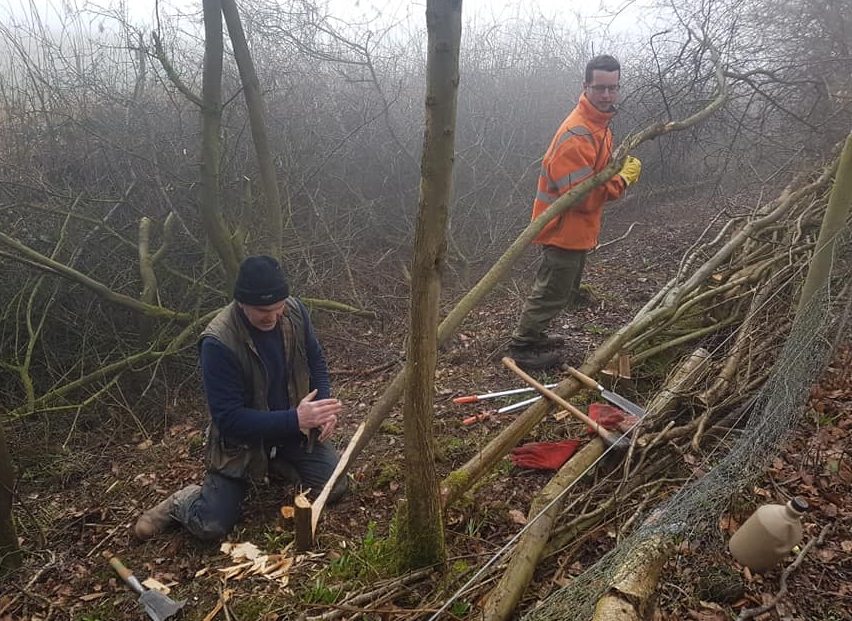 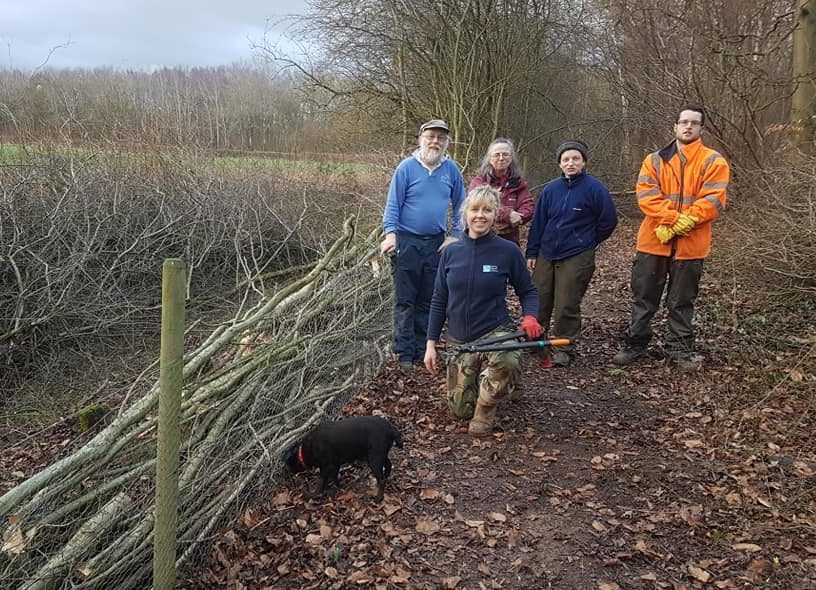 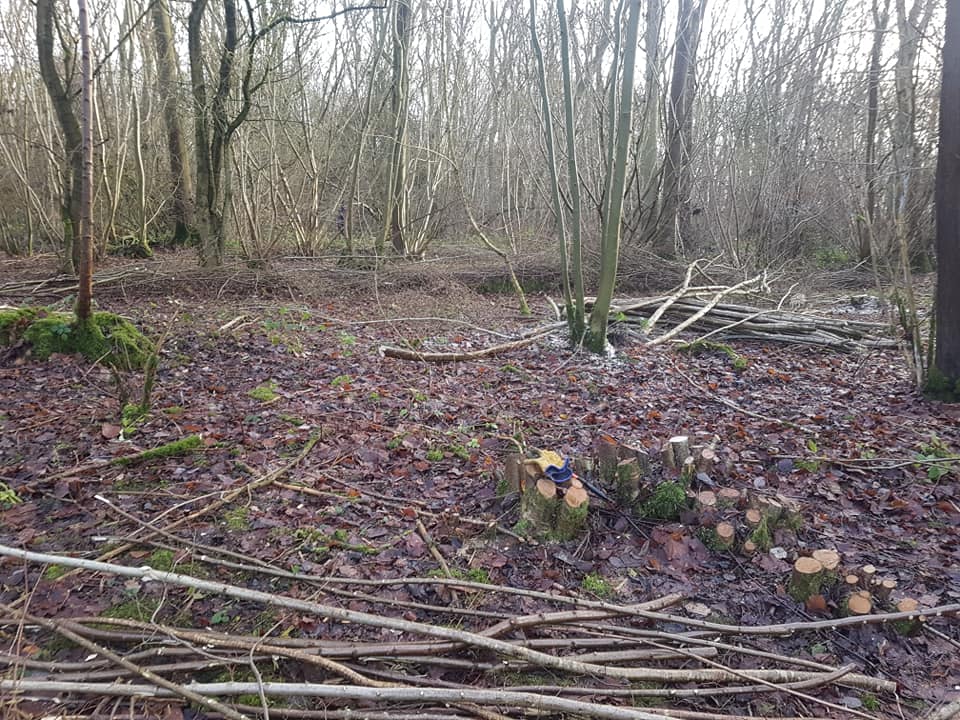 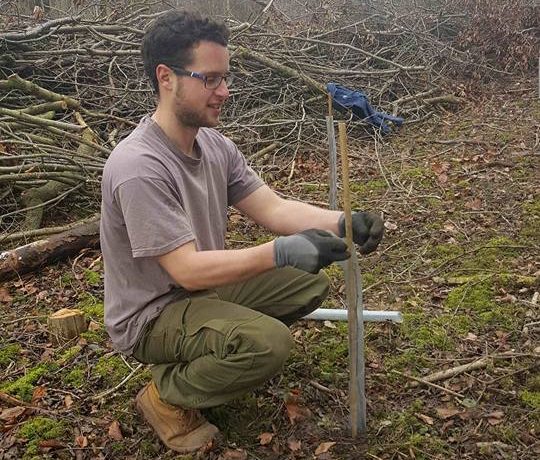 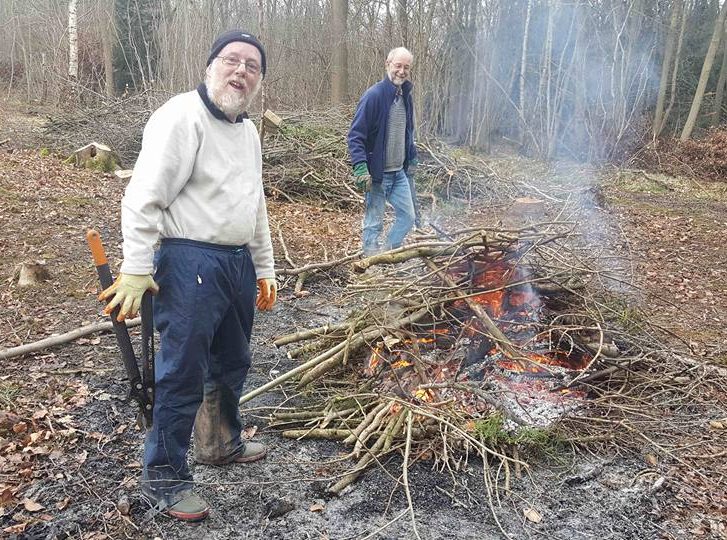 Further information on the dormice of Nottinghamshire can be found here.